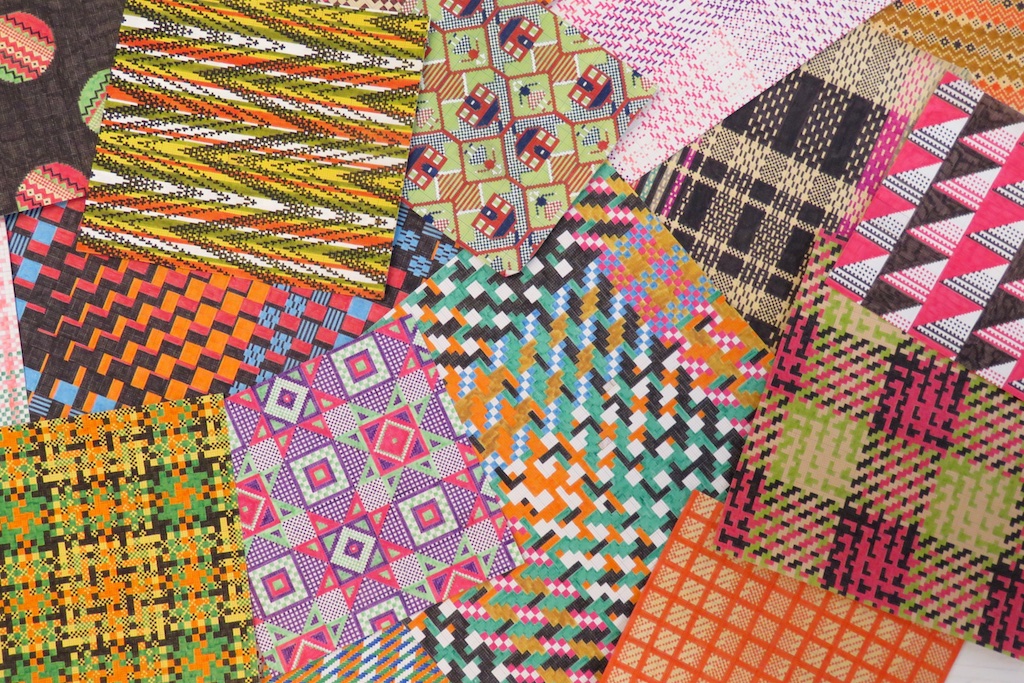 "All in all, it was a hugely positive period. The sixties were a time of confidence that things were changing for the better. As students, we were made to feel that we could go out into the world and be successful at whatever we chose to do. This was not out of arrogance, but from a deeply instilled self-belief. "
— Howard Asher

In the late sixties Howard began visiting textile company offices in the West End with his portfolio to sell designs on a freelance basis. After some success, he decided to visit New York. ‘Sales were very good. We had no problem getting appointments. Being English opened doors in a city enamoured by the London music scene.’

Howard’s career began to blossom, and he decided to go freelance full-time. Around 1970 Howard was asked to design some patterns for double-knit fabrics. The designs were done on millimetre graph paper, and Howard’s signature style of working on point paper developed from this: ‘I took to this design process straight away, and it launched my best-known design style.’ Orders for fashion prints continued alongside double-knit designs in the early 1970s, and he sold hundreds of designs ‘to a market that seemed insatiable.’

"By 1977, I was producing at least 400 new designs each year, an average of two per working day requiring four hours each. It never seemed like hard work to me as I loved what I was doing."
— Howard Asher

His legacy will continue to be studied by future students at the College through his donation to the Museum & Study Collection, and he will be remembered fondly by all those who knew him at Central Saint Martins. Staff member Anna Buruma says ‘it’s extraordinary how students immediately respond to Howard Asher’s drawings. There is something in there that they really, really like. I don’t know if the reason for that is because it has a digital feel to it, even though it long predates digital images. They are very seductive his drawings.’

*Sections excerpted from Howard Asher's Obituary, written by The University of the Arts London, published March 8, 2021. This obituary is based on a conversation between Dr. Philip A. Sykas, Manchester Fashion Institute, and Howard Asher in 2008-2009.