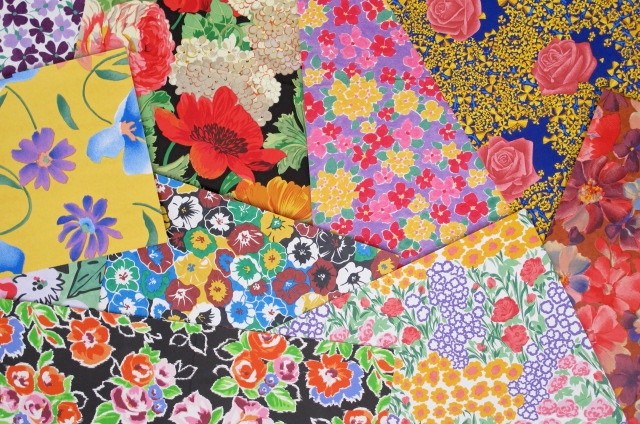 Silks from Gustav Zumsteg's Abraham in Zurich were loved by designers such as Yves Saint Laurent, Christobal Balenciaga and Jubert de Givenchy for being bold, beautiful and glamorous.

Abraham's extensive archive of silks and garments was donated to the Swiss National Museum after the company closed. But the Design Library has acquired a large selection of paper impressions from a private collection. These designs display a diversity of style and motif - from modernistic geometrics to graphic florals.

During the second half of the 20th century the firm reached the top of the industry. One could see Catherine Deneuve wearing an Yves Saint Laurent dress of Abraham silk or Audrey Hepburn in an Abraham Givenchy.

In the 1940's, Zumsteg - who had worked his way up from the level of apprentice - became the director of the traditional silk company Abraham, transforming it into an international force. Parisian Haute Couture designers were among its best customers.

There seemed no end to his quest for a perfect pattern: an employee was once sent to Marrakesh, where Saint Laurent had a holiday home, to gain inspiration from the flowers there.

These Abraham designs are ready to be viewed in our New York or London offices.

Portions of text excerpted from Isobel Leybold-Johnson in Zurich, swissinfo.ch